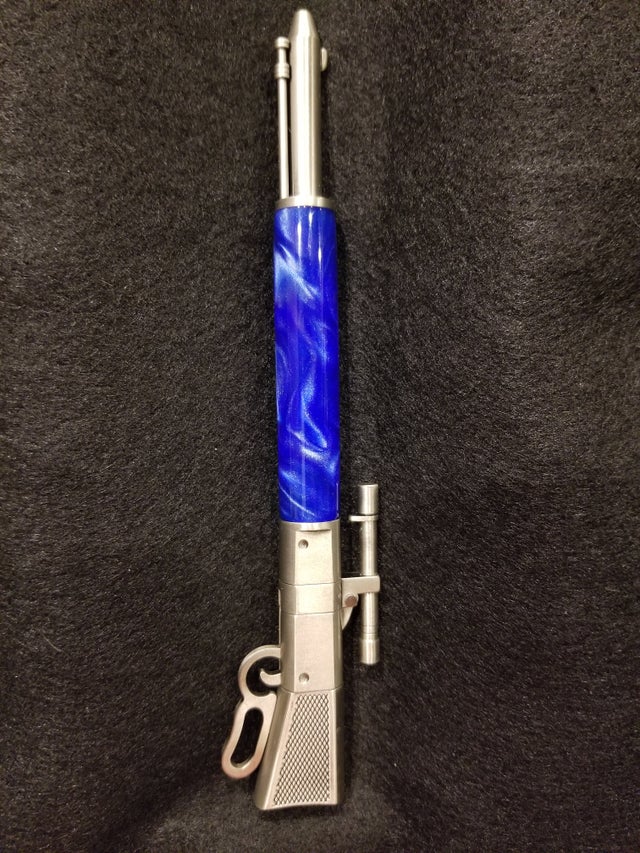 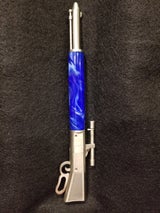 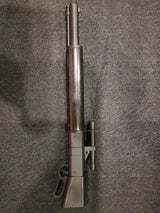 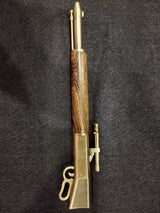 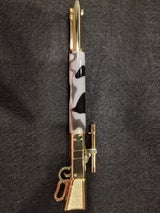 From tip to end - our pen integrates all of the iconic lever action rifle elements into an easy to use writing instrument. And is the first and only Lever Action Pen Kit to replicate the true forward lever action mechanics of the rifle. Just push the lever down and forward to click and extend the refill and push it down and forward again to reliably click and retract the refill - just like the real thing. The handle symbolizes the classic form of the trigger and lever and easily slides forward to activate the mechanism. The first of its kind mechanism even incorporates a moving-hammer on the top of the back-end cylinder. The pen clip is modeled after a rifle scope. The pen tip depicts the rifle's barrel, front sight, muzzle and tubular magazine. The refill emerges through the muzzle when activated. The lever handle accurately rests against the buttstock located on the pen's end. Includes a Parker style refill. 6 1/2in. long.